Keep your face to the sunshine and you cannot see the shadow. It’s what sunflowers do.
― Helen Keller

You’ve got to love these happy flowers. They’re blooming all over now.

Patrón and I took an eight-hour drive that took me through Glenwood, Carbondale, Redstone, over McClure Pass, Paonia, Hotchkiss, and Cedaredge.

We drove over the Grand Mesa first on 65, then the Old Grand Mesa Road, and stopped at the small parking spot below the Crag Crest Trail so Patrón could stretch her legs. She and I enjoyed some time sitting at the lake and walking along the road.

I took a few pictures of sunflowers that were obviously past their prime, but they were so pretty anyway. There’s some serious standing water in the low spots, too — presumably from all the recent rains.

We then got back on 65 at the Visitor Center and soon took off onto the Land’s End Road. That first mile or so going down is kind of spooky. (I have no idea how they do that Lands End Road Rally [?] every year without someone seriously falling off the mountain.)

It was a really nice day, but Patrón wasn’t too thrilled with being tied down in the vehicle. I gave her enough lead to hang her head out the window (I’m not a completely horrible mother), but I need to find a better way to tie her down. She got herself completely tangled in her leash and the harness I bought just to keep her in place in the vehicle. I’d hate to buy a cage for her to travel in when part of the purpose is for her to have some “head-hanging” time. But she cannot wander the vehicle. I stopped several times for her to water and pee. She did neither, and she wouldn’t get back in of her own accord—I had to lift her into the seat. I also wanted to do a little exploring (like Redstone Castle), but couldn’t with her in tow. (Why can’t I lock the doors with the keys in the ignition?!! I have another set of keys!)

I won’t take her every time, but this was interesting and fun trying to figure out what to do with her. When she tried to wallow in a dead fish, I was not completely sold on this arrangement.

Outside of Paonia, I finally saw the coal mine(s) where my son used to work. While in Paonia, I visited the Orchard Valley Farms & Market and Black Bridge Winery and discovered a new, interesting addition to their vinegars—Ripe Peach White Balsamic Vinegar. Yummy! Not sure it’s new, but it is to me.

It was a pleasant day, for sure!

It’s been awhile since I posted anything. Between work (busy season), work (finishing up what I started), bowling, school and the accompanying homework, and everyday stuff, I’ve been pressed for time and energy. Bowling and school are out for the summer and all work seems to have calmed down for a little bit.

I came home for lunch today and found this flower in my driveway. It’s a weed, really, but it sure was pretty, open and full. I took a lot of pictures with a real camera before I headed into the house to eat lunch. About 40 minutes later I went back outside to head back to work. I was going to shoot a quick picture with the iPhone to show a co-worker. By that time, the flower had closed up completely.

When I got downtown, I noticed these flowers as I walked through the breezeway from the parking garage.

It’s that time of year! Finally!

Last week it was in the 70s. This weekend, it will be rainy. Yesterday it snowed. This morning, it’s like I’m in Seattle. I love it all.

Not All My Garden Is Flowers

It’s a beautiful Saturday and I have some fun tonight to look forward to. My friends and I (of many years), will have dinner and paint ceramics. I believe that is the plan. Perhaps included in the fun will be wine. Well, I’m involved; there will be wine.

Last night I spent a lot of time writing a note to a friend and my mind is mush today because of the effort to spill my thoughts in an organized way, to allow someone else a glimpse into my inner world. Doing that doesn’t come naturally and it’s not a stingy thing. It’s that there’s so much more interesting to know about you than I have to tell about me. But I think sometimes people misunderstand that lack of forthcoming information as a lack of trust in them. It is more an interest in their stories.

Last night I “friended,” on Facebook, someone who has recently piqued my interest. She’s a much younger person and I am sure we are misaligned in many key areas of discussion, but I have read some of her posts, and think she has a lot of wisdom to offer this world. She’s an old soul and I think she has a story to tell about why she is. She provided a brief glimpse into that possibility earlier this semester. She has spoken in class and she’s articulate and thoughtful, and I find myself drawn to discover what she will eventually offer the world. Whatever it is, it will be good. I’m excited to get to know yet another person, even if it is from the safe distance of a Facebook friendship.

I am so pleased to be in the class I now attend. It’s not a difficult class, but for the first time in a couple of semesters, I am not surrounded by middle-aged, entitled, and lazy women who were given this educational opportunity they don’t take as seriously as they should. I am now surrounded by motivated, bright, young and young-at-heart women who will eventually influence our world—and from whom I will learn a great deal if I keep my mind’s doors wide open.

Well. I need to get something done. I played with this flower in Topaz Labs’ Impression this morning. I believe I’ll eventually play with this one a lot. It is perfect.

Toured some of the Palisade wineries today. We stopped at Red Fox Cellars. What a fun place! Among other attractions, not the least of which was their wine, was this arrangement of flowers that I have filtered.

We wandered around Palisade Colorado via Clyde and his wagon.

We had such a fun time. Palisade is a sweet little town that sits below Mt. Garfield, in Colorado. They grow grapes and make great wine. You should visit sometime.

It was a great day in Western Colorado.

I took these pictures with an iPhone 5s. I think it takes pretty respectable pictures. Once I learned not to use the zoom (and I still forget) I am getting pretty consistently good pictures. I’ve also watched a few videos aimed at teaching how best to capture photos with the that camera.

This was a fun hike with my friend, Carol, on May 23, 2014. I believe she did some geo-caching along the way. And she knows stuff. I saw yellow flowers and greenish caterpillars. She saw [insert correct names here]. A hike with Carol is always informative and fun. We sat toward the top and ate lunch and enjoyed the view.

Unaweep Canyon is one my favorite places. It’s pretty every season; in rain, snow, or sunshine.

I was going through my photos the other night and ran across this one. There’s a bee I didn’t know I’d captured. He’s on the upper right side of the photo.

Because the soul is like a flower that folds its petals when dark comes, and breathes not its fragrance into the phantoms of the night. ― Khalil Gibran, Spirits Rebellious

Look what I found in the driveway yesterday! Not one—TWO—pink blooms. I never see the buds, so when they show up like this, it’s such a wonderful surprise! I went out again, later in the day, to take pictures in longer, softer light and they had closed up.

There’s a bug enjoying the bottom bloom, too.

I begin a new adventure on Monday when I report for work at a new job. I was awarded a part-time internship at a local accounting firm. This is what I have trained for and will finally have the opportunity to use that training. The dichotomy of the job search is that if you don’t have experience, you can’t get a job. If you can’t get a job, then you can’t get the experience. So, I’m excited (and a little nervous) to start and to learn. I know I will learn a lot.

I didn’t do it alone, either. There were so many people pulling for me, helping me, and teaching me. I owe so much to the people in my life—not just for this instance—but for all they’ve been and done in my life that brought me to this place.

Today, between other tasks, I took my camera out and put in the last lens I bought a year ago or so. It’s different. It’s a fixed lens and I wasn’t really sure what to do with it. I think it will take nice closeups, like the images below. Today I took pictures of cactus blooms, a pine cone, and a huge, open dandelion seed pod. (Is that what it’s called?) 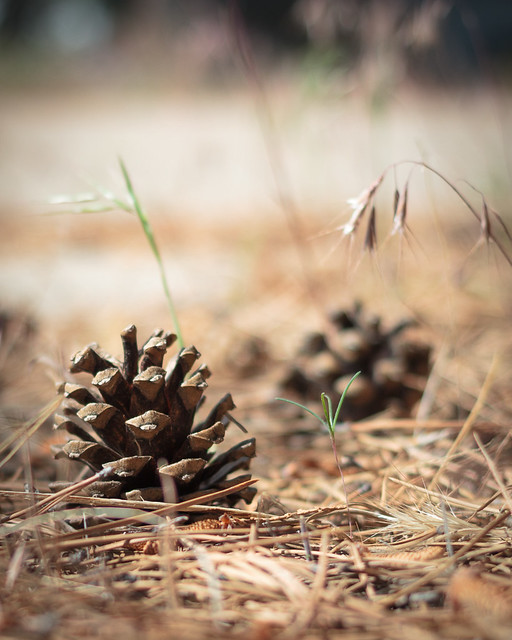 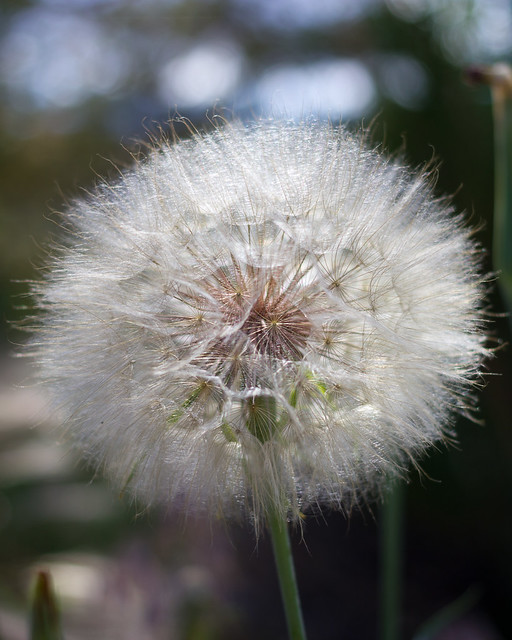 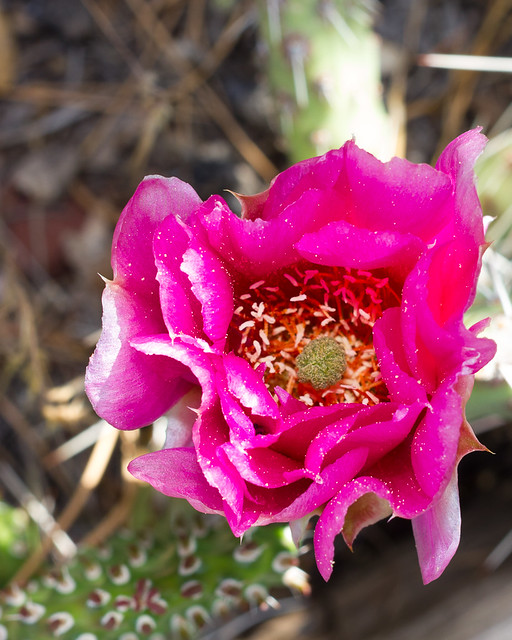 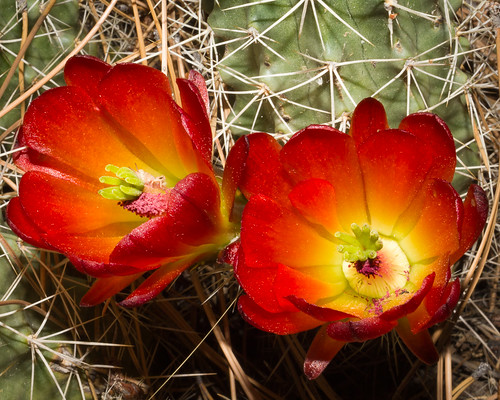 I think they turned out really well and I can’t wait to take more.