Patrón and I took an eight-hour drive that took me through Glenwood, Carbondale, Redstone, over McClure Pass, Paonia, Hotchkiss, and Cedaredge. 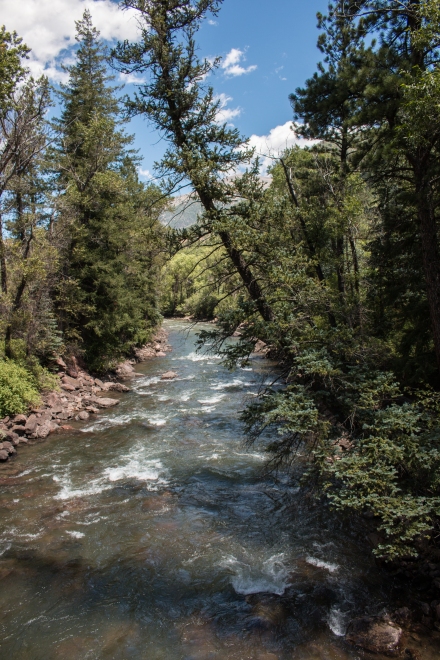 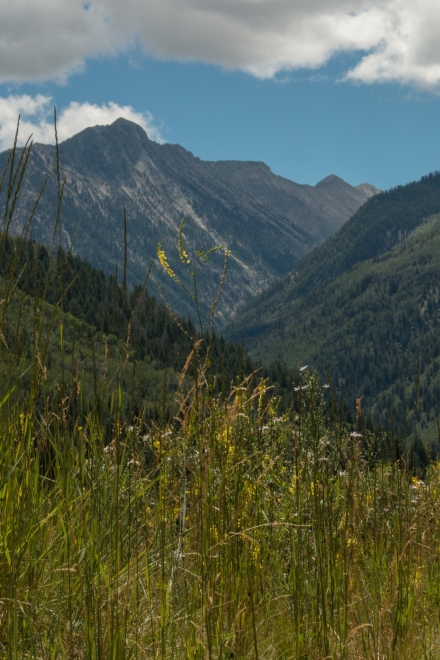 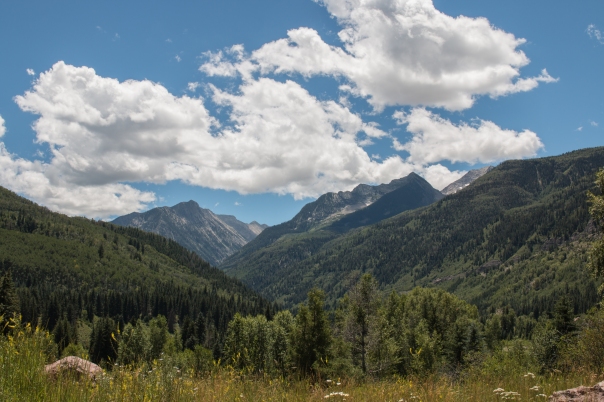 We drove over the Grand Mesa first on 65, then the Old Grand Mesa Road, and stopped at the small parking spot below the Crag Crest Trail so Patrón could stretch her legs. She and I enjoyed some time sitting at the lake and walking along the road. 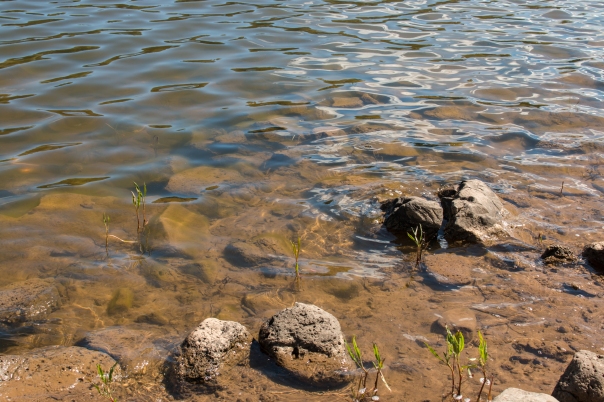 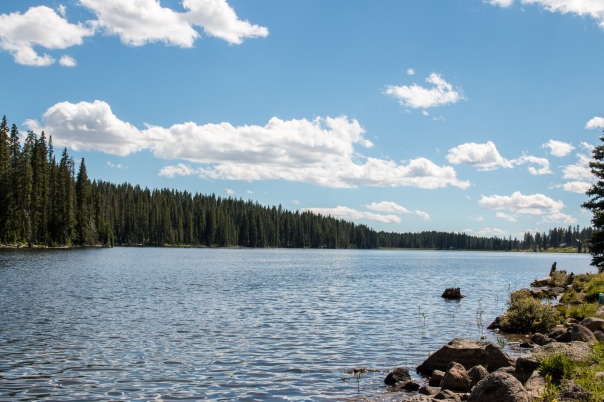 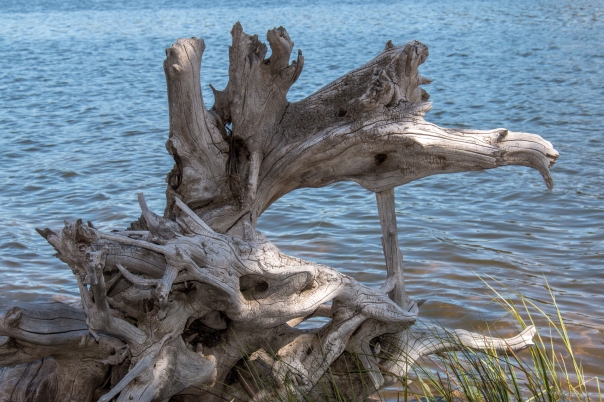 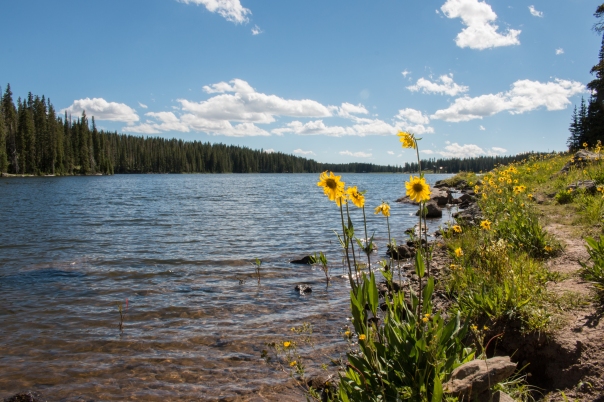 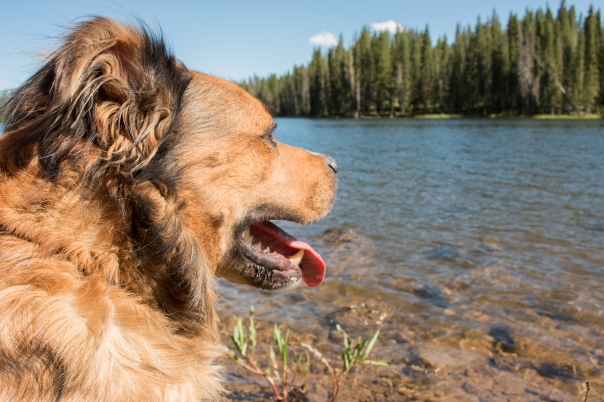 I took a few pictures of sunflowers that were obviously past their prime, but they were so pretty anyway. There’s some serious standing water in the low spots, too — presumably from all the recent rains. 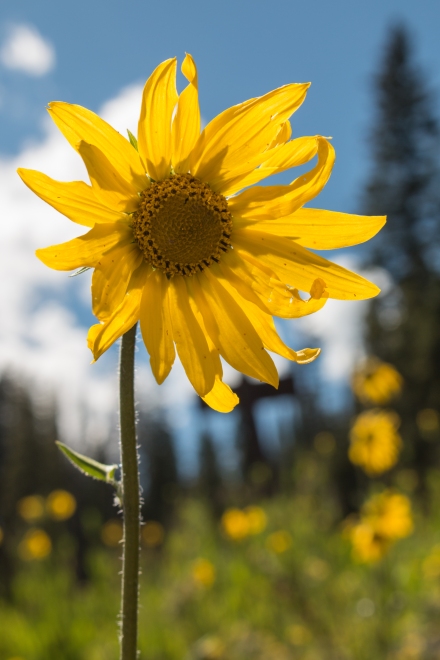 We then got back on 65 at the Visitor Center and soon took off onto the Land’s End Road. That first mile or so going down is kind of spooky. (I have no idea how they do that Lands End Road Rally [?] every year without someone seriously falling off the mountain.) 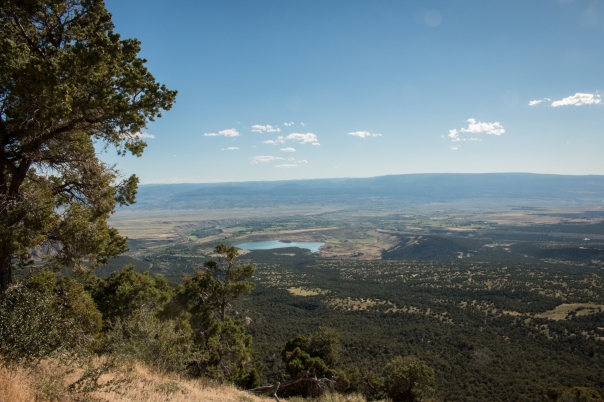 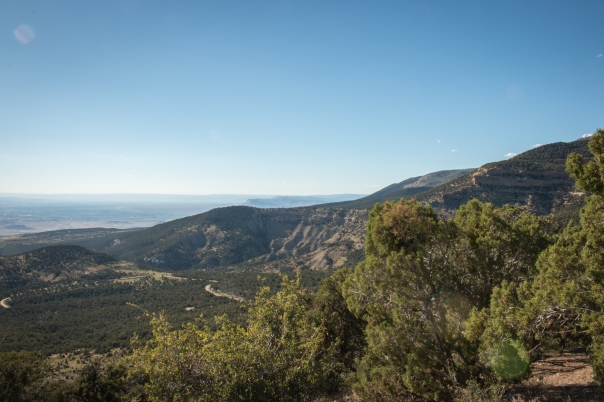 It was a really nice day, but Patrón wasn’t too thrilled with being tied down in the vehicle. I gave her enough lead to hang her head out the window (I’m not a completely horrible mother), but I need to find a better way to tie her down. She got herself completely tangled in her leash and the harness I bought just to keep her in place in the vehicle. I’d hate to buy a cage for her to travel in when part of the purpose is for her to have some “head-hanging” time. But she cannot wander the vehicle. I stopped several times for her to water and pee. She did neither, and she wouldn’t get back in of her own accord—I had to lift her into the seat. I also wanted to do a little exploring (like Redstone Castle), but couldn’t with her in tow. (Why can’t I lock the doors with the keys in the ignition?!! I have another set of keys!)

I won’t take her every time, but this was interesting and fun trying to figure out what to do with her. When she tried to wallow in a dead fish, I was not completely sold on this arrangement.

Outside of Paonia, I finally saw the coal mine(s) where my son used to work. While in Paonia, I visited the Orchard Valley Farms & Market and Black Bridge Winery and discovered a new, interesting addition to their vinegars—Ripe Peach White Balsamic Vinegar. Yummy! Not sure it’s new, but it is to me.

It was a pleasant day, for sure!